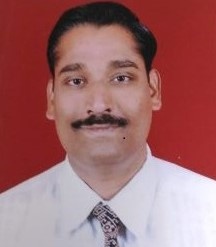 Inorder to promote the National Integration in India, The Govt.of India has started very innovative project i.e Ek Bharat Shreshtha Bharat(EBSB).In this project every state has been paired into a Unit with another state to organise various activities.The Maharashtra has been paired with the Odisha state in this regard.These two participating states have signed an MOU to work together for EBSB. Both the states have started working on EBSB through their leading universities. So two different universities one from Maharashtra and another from Odisha have been paired and signed an MoU to organise various activities under EBSB. Kavi Kulaguru Kalidas Sanskrit University,Ramtek (KKSU) of Maharashtra and Shri Jagannath Sanskrit University,Puri (SJSV) of Odisha have been paired and signed an MoU to organise cultural and educational exchange programs of these two states through their teachers and students.

Following are some activities which are organised by KKSU individually or with collaboration of SJSV: